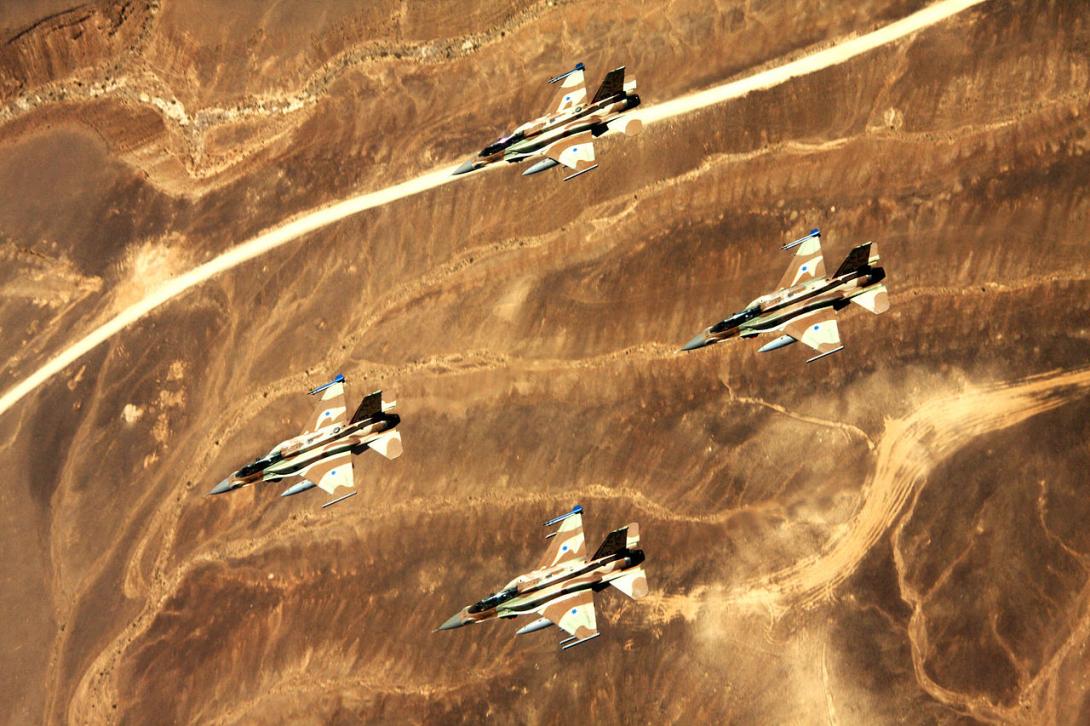 Israel is surrounded by dangerous and volatile countries. Iran threatens Israel daily with nuclear annihilation while arming its proxies, Hezbollah in Lebanon and Syria, Islamic Jihad and Hamas in the Gaza Strip, and the Houthis in Yemen, with guided missiles, attack drones, and other lethal weapons. From its seven decades of experience, Israel has devised a defense strategy for survival. Eisenkot’s and Siboni’s Guidelines for Israel’s National Security Strategy (The Washington Institute for Near East Policy) describes the main foundational elements:

Israel will avoid war for as long as possible. No one knows better than the Israelis the cost of war. The expense of defense equipment and the cost in human lives is inestimable. Life is the all-important value and the most heavily weighted factor. Unless the country is attacked, Israel carries out preemptive strikes on enemy sites to prevent war.

Israel maintains a qualitative military edge in weaponry. The country’s defense systems cannot be outstripped by its enemies’ capabilities. As a small country, Israel could quickly and easily succumb to such circumstances. This is why the U.S. sale of the F-35 fighter jet to the United Arab Emirates became so controversial. Given the fact that this aircraft is one of the most advanced in the world, the sale challenged Israel’s military edge, causing grave concern.

Israel enforces its threats. The Israelis know that they cannot make idle threats. If they do not enforce their red lines, they would appear weak and ineffectual, thus inviting attack. Israel’s neighbors respect military might and Israel has established itself as a power with which to be reckoned. For example, Israel repeatedly has followed up on threats that Iran would not be allowed to establish missile bases in Syria or use that country to transfer missile guidance systems and other arms to Hezbollah in Lebanon. Time after time, Israel has acted to enforce these red lines. To date, the Iranians have not stopped trying to gain the upper hand, but Israel has repeatedly attacked Iranian installations in Syria and western Iraq, as well as Iranian weapon caches throughout Syria.

Israel maintains the best intelligence possible, especially human intelligence resources. Israel is known for the high caliber and lethality of its intelligence agency, the MOSSAD. Utilizing this resource, Israel has managed to protect itself and its allies against terrorist attacks, identifying and often neutralizing those who would perpetrate such acts.

Israel must demonstrate superiority in defensive operations at all times. Its doing so communicates a strong message of invulnerability as well as the nation’s dogged determination to prevent attacks. The bombings of the nuclear facilities of Osirak in 1982 (Iraq) and Tall Abuad in 2007 (Syria) communicated a message of strength to Israel’s Arab neighbors. Iran is a threat to the United Arab Emirates and Bahrain, a key reason for these countries joining the Abraham Accords with Israel while Morocco has signed a normalization agreement with Israel. They see Israel as the one regional power which could protect them from Iran.

In June of 1981, Prime Minister Menachem Begin instituted a doctrine that no neighboring nation would be allowed to develop nuclear weapons. Israel considers these to be existential threats. Therefore, and especially in light of the Holocaust, Israel takes seriously Iran’s threat to use a nuclear device against it. The strategy involves preemptively destroying any facilities in the Middle East involved in developing such weapons.

Given its size, Israel plans to fight any war on the enemy’s turf. The country’s tiered missile systems as well as the newest laser technology, which is in development, speak to shielding itself from missile and drone incursions. The necessity of keeping any war short in duration reflects Israel’s need to employ a civilian army while concurrently maintaining an operating economy. Lengthy wars threaten a shortage of manpower in both theaters while increasing the chances that world diplomacy might cut short Israel’s ability to reach its strategic objectives in battle.

Military exercises keep both professional defensive forces and civilian reservists at a high degree of readiness. These Israel completes either alone or jointly with other allied nations. Israel’s citizenry responds to military call-ups of its reserve forces, gas mask training, and bomb shelter readiness drills.

It is critical for Israel to maintain defensible borders. Regardless of the threat of missile and drone attacks, Israel does not have enough strategic depth to absorb a land-based invasion. For this reason, Israel claims control over the Jordan Valley. Relinquishing this area would endanger the state in the same way the incursions of the Egyptian and Syrian armies did during the initial days of the Yom Kippur War.

Last, Israel knows that it must maintain a fighting spirit and advocate for the justness of its cause. Morale is critical to Israel’s survival. When Israel has acted with strength and resolve, it has enjoyed the unstinting support of its populace. From a Western viewpoint, it is difficult to conceive of the cloud of existential threats under which Israel has lived since its creation in 1948. Israeli military planners exhibit constant urgency in dealing with the barrage of threats from cyber, missile, drone, chemical, biological, and atomic weapons Israel’s enemies might employ. The Jewish state has no option but to devise comprehensive plans based on strategic principles to secure a peaceful future.

Rabbi Joel R. Schwartzman, BA, MA, is a retired colonel in the United States Air Force in the role of military chaplain for over twenty-three years. He served a congregation in Morrison, Colorado, for ten years. With his lifelong interest in Middle Eastern affairs, he regularly teaches about Israel’s strategic position in the Middle East at the University of Virginia’s Osher Lifelong Learning Institute (OLLI).