Biden Must Stop the Next Two ISIS Genocides 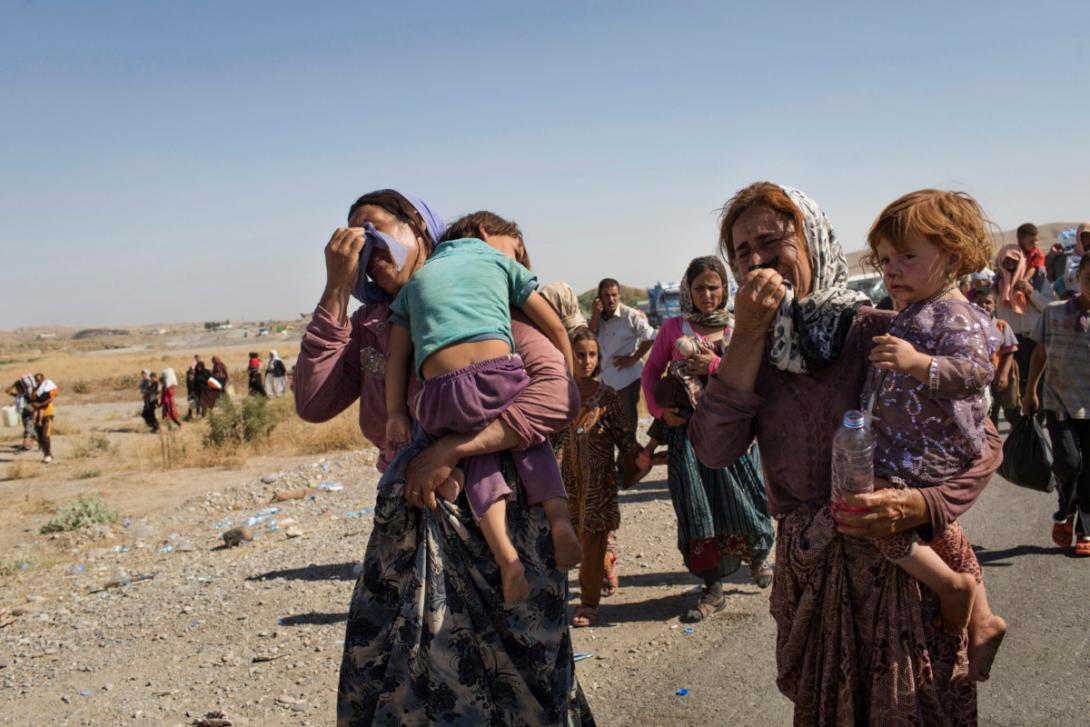 America’s precipitous withdrawal from Afghanistan spawned a new humanitarian crisis. As the Taliban rebrands the country they captured with nary a fight—the Islamic Emirate of Afghanistan—desperate people are trying to flee, even to neighboring countries already struggling with their own crises. Afghan parents fear for their daughters, suddenly degraded as war bounty for Taliban fighters. Those who cooperated with the United States over the past two decades are already being hunted down and hung. Religious minorities know they will have no rights for religious expression in the new Islamic Emirate.These painful events evoke nightmarish memories of all that transpired in Iraq when in 2011 the .S decided to withdraw its military. Three years later it rushed back to combat the most dangerous terrorist organization in the world—the Islamic State of Iraq and Syria, also known as ISIS or DAESH. What transpired devastated innocent minorities.Iraq is the ancestral land of two Indigenous peoples: the Yazidis and Iraq’s Christians, the Assyrians. These two groups lived peacefully for most of their history in the land between the Tigris and Euphrates rivers. That peace and their futures were ripped asunder by the conquering ISIS “caliphate.”

ISIS’s genocide of Yazidis and Assyrians accelerated the near eradication of Iraq’s Christian communities. Christians numbered an estimated 1.5 million before 2003. Now about 150,000 remain in the country. Murder, rape, kidnapping, and wholesale destruction of homes, schools, hospitals, houses of worship, and basic modern infrastructure has brought them to the edge of total annihilation.

Today, some have returned to try to reclaim their lives by rebuilding their cities and towns. Still, there is no erasing traumatic memories of beheadings, stabbings, and rape that haunt the Assyrian people. Many others, who have fled the country with the hope of reaching a western democracy, still live in abject conditions in Turkey, Lebanon, and Jordan.

Since 2014, more than 150,000 Yazidis have fled Iraq. As of today, there are more than 2,700 Yazidis, mostly women and children, still missing; and only 30 percent of Yazidis have returned to their homes. Many others who returned to the Sinjar region still languish in refugee camps. Without question, minorities’ areas in Iraq’s Sinjar and the Nineveh Plains would be among the first targets of a resurgent ISIS or other terror group.

An ISIS comeback is a real possibility. There have been isolated ISIS activities in Iraq since 2019. In recent months, ISIS has become more organized, with attacks on checkpoints, kidnappings. and assassinations on the rise.

Given the past cooperation of the Taliban and Al-Qaeda (out of which ISIS grew), the fall of Afghanistan has been sparked with fear and dread of more butchery on the horizon—attacks that neither Assyrians nor Yazidis can repel.

During his address to the nation after the fall of Kabul, President Joe Biden declared that he will maintain a laser focus on the activities of these terrorist groups and take swift and effective action against them, wherever they may operate in the Middle East or Africa. However, during a recent meeting in the Oval Office, President Biden informed Iraqi Prime Minister Mustafa Al-Kadhimi that the US would not launch combat missions by the end of this year noting that, “Our role in Iraq will be … to be available, to continue to train, to assist, to help, and to deal with ISIS as it arises.”

Those of us who have been working on the frontlines witnessing the suffering of the victims of the earlier ISIS genocide are deeply worried. If the US watched as the Taliban took over Afghanistan in under a week, can our devastated communities trust President Biden that the US and her allies will protect our remnants?

One Assyrian man named Stefan, who courageously returned to his town of Qaraqosh to try rebuild his shattered life, put it bluntly, “One more attack [against our people] and it will be the end of us in this country. We cannot afford losing US presence from Iraq.”

After the fall of Kabul, we understand the priorities of US policymakers—US national security and regional stability. But now that Afghanistan has fallen and is being led by a power that once worked with Al-Qaeda, and that counts Iran and China among its supporters, it has become even more critical for the US to keep its military presence in Iraq, to protect endangered peoples.

For Iraq’s Christians and Yazidis, the choices now being mulled over in the Pentagon, the State Department, and the Oval Office are nothing less than life or death. We hope and pray that President Biden will make the right decisions and not throw Iraq—especially Assyrians and Yazidis—to the wolves.